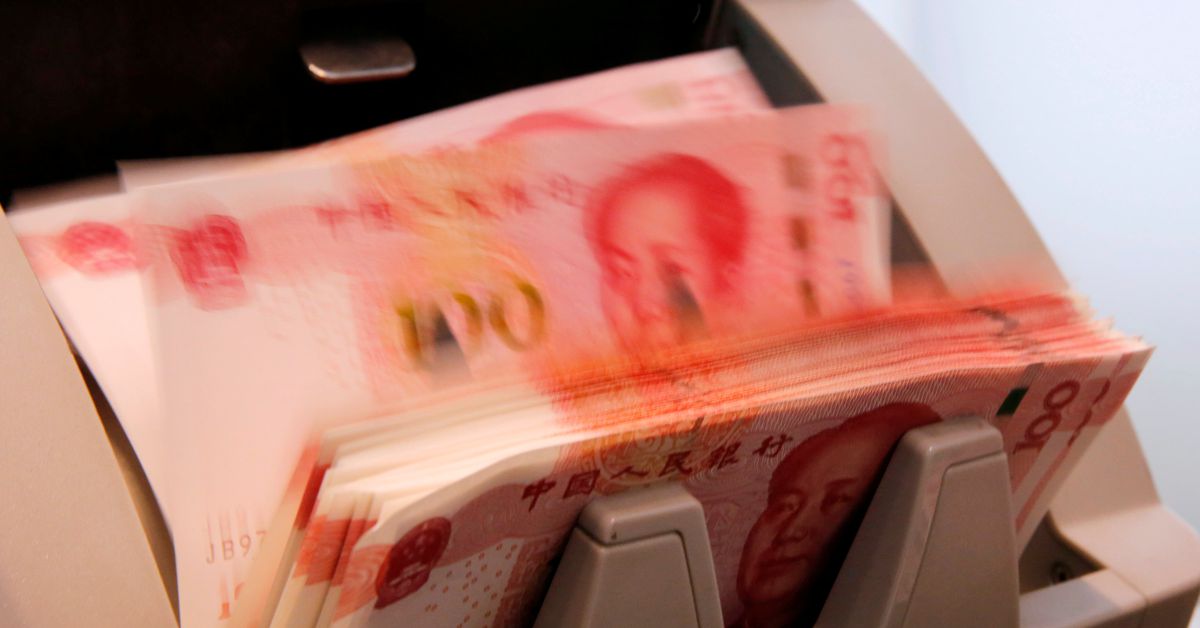 BEIJING, July 14 (Reuters) – Chinese banks are facing the threat of rising bad loans in the future as the current economic recovery is unbalanced and lacks a solid foundation, the country’s top banking and insurance watchdog said on Wednesday.

Outstanding non-performing loans in the banking sector stood at 3.5 trillion yuan ($540.79 billion) by end of June, an increase of 108.3 billion yuan from the beginning of the year, while the bad loan ratio declined to 1.86%, Liu Zhongrui, an official at the statistics department of China Banking and Regulatory Commission (CBIRC), told reporters in Beijing.

China has implemented monetary and fiscal policies since last year to support an economy jolted by the COVID-19 pandemic. Financial institutions were encouraged to lower rates for virus-stricken firms, and relief measures were rolled out to give borrowers breathing space during the crisis.

The regulator has been guiding banks to increase provisions and ramp up disposals of bad assets, said Liu, with the size of bad loans disposed of in the first half expected to be larger than that in the same period last year, said Liu.

Chinese banks are expected to see an increase in profit growth in the first half of this year due to a low comparison with the previous year when the COVID-19 pandemic disrupted businesses, Liu said.

Total assets of the banking sector rose 9.2% year-on-year to 328.8 trillion yuan by the end of June, while total liabilities grew 9.1% to 301 trillion yuan, the regulator said.

The regulator also saw the growth of property loans decline to 10.3% as the government curbs financing in the overheated sector to prevent risks. It also said it will strengthen its regulatory oversight on the financial arms of large internet platform companies to contain “disorderly capital expansion”.