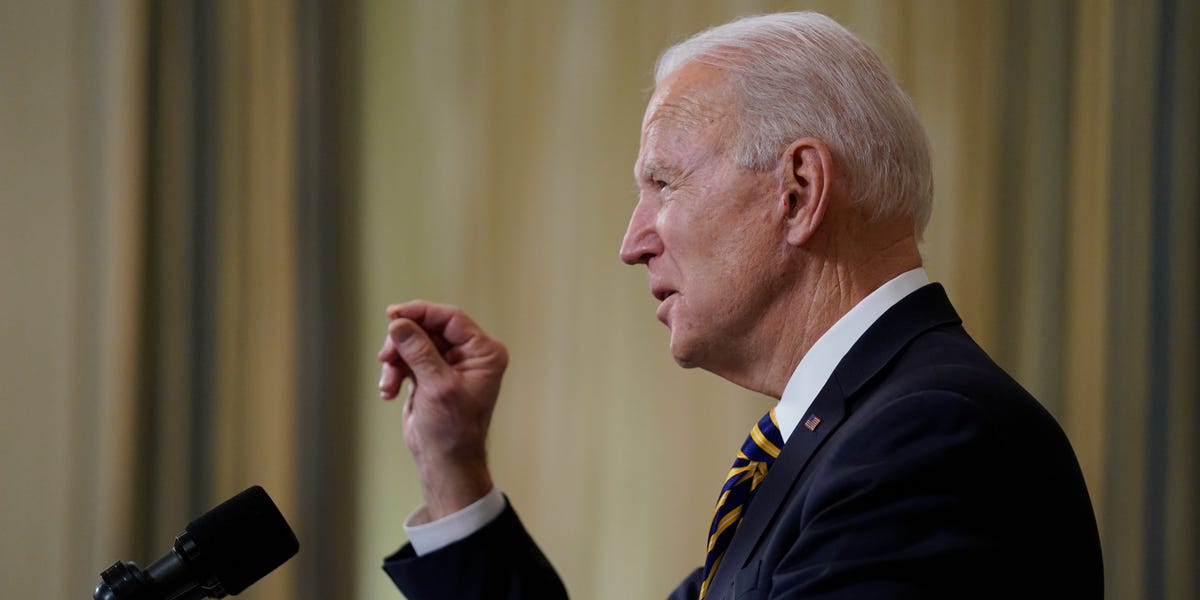 The Biden administration is tackling the flaws in the federal student-debt forgiveness programs, but it could take a while to see results.

On Monday, the Education Department announced it is beginning the process of issuing new higher education regulations, mainly concerning student debt-forgiveness programs. The first step of the process will be through holding hearings in June to receive feedback on “regulations that would address gaps in postsecondary outcomes, such as retention, completion, student loan repayment, and loan default.” The department will also seek comments on rules regarding student loan forgiveness for borrowers in public service and borrowers with disabilities, among other things.

Forty-five million people in the US currently share a $1.7 trillion student-debt burden, but flaws in loan forgiveness programs have been preventing many of them from getting the relief they deserve, which underscores the need for an overhaul of existing programs.

“The Department of Education’s primary responsibility is to serve students and borrowers,” Education Secretary Miguel Cardona said in a statement. “That means taking a fresh look at a range of regulations to make sure they are not creating unnecessary barriers, but instead can ensure that institutions and programs serve our students well.”

Here are the topics the department plans to address:

President Barack Obama established the borrower defense to repayment to forgive student debt for eligible defrauded borrowers. Over the past decade, several for-profit schools have shut down over investigations claiming the schools engaged in fraudulent behavior related to federal loans. Corinthian Colleges and ITT Technical Institutes were two of the biggest schools accused of violating federal law by persuading their students to take out loans they could not pay back.

In March, Cardona canceled $1 billion in student debt for about 72,000 defrauded borrowers and said in a statement that DeVos’ methodology for giving defrauded students debt relief — comparing the median earnings of graduates with debt-relief claims to the median earnings of graduates in comparable programs, and the bigger the difference, the more relief the applicant would receive — had been ineffective and needed to be reversed.

Biden campaigned on reforming PSLF, which allows government and nonprofit employees with federally backed student loans to apply for loan forgiveness after proof of 120 monthly payments under a qualifying repayment plan. But 98{06d6670df80e02c0b1a51bdfaefb71b6e69ecb50fe99d893294764e2911a48c2} of borrowers have been rejected from the program, prompting 56 Democrats to urge Cardona to fix the program in early May.

In March, Cardona canceled $1.3 billion of student debt for 41,000 borrowers with disabilities, and ended a rule requiring 230,000 borrowers to submit income verification to qualify. A 2016 report from the Government Accountability Office found that 98{06d6670df80e02c0b1a51bdfaefb71b6e69ecb50fe99d893294764e2911a48c2} of reinstated disability discharges occurred because borrowers did not submit the required documentation — a rule from Obama’s administration to ensure borrowers’ incomes did not exceed the poverty line.

But experts said Cardona’s new rule is not sufficient to address the root of the problem. Persis Yu, a staff attorney at the National Consumer Law Center and the director of its Student Loan Borrower Assistance Project, told Insider that Cardona was correcting something that shouldn’t have occurred in the first place, and that the verification “is in itself just a feature that doesn’t work.”

While the announcement to look into loan forgiveness programs is a positive sign for many borrowers, Forbes reported that the process could be lengthy, taking at least a year. After the hearings in June, there will be “negotiated rulemaking,” during which stakeholders meet with the department to review proposed regulations, and it could take a year or longer until changes are implemented.

And at the same time, Democrats and borrowers across the country want Biden to cancel $50,000 in student debt per person, and while the Education and Justice Departments are reviewing his authority to do so using executive action, there’s no existing timeline for when it might happen.