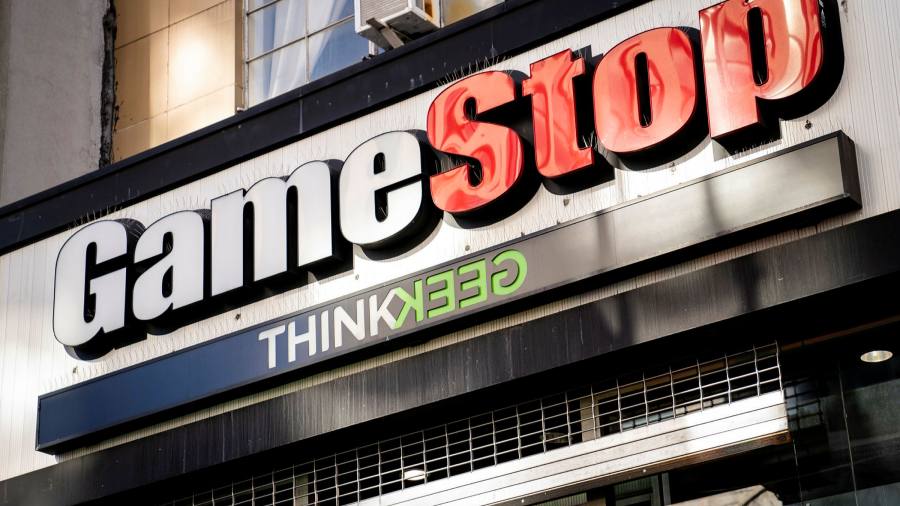 GameStop, the video game retailer trying to pull itself into the digital sales era, named a new chief executive and head of finance that previously worked at Amazon, continuing its raid on the top ranks of the ecommerce group.

The company, whose shares have been at the centre of a social media-fuelled trading mania, said on Wednesday that Matt Furlong would lead the company from later this month.

Furlong previously oversaw Amazon’s Australia business and was a technical adviser to the head of the ecommerce company’s North America consumer business.

GameStop also appointed Mike Recupero, a 17-year veteran at Amazon, to be its chief financial officer.

The Texas-based retailer had announced in April that current chief George Sherman would step down by the end of July, part of a broader shake-up aimed at accelerating its push into ecommerce and reversing a years-long decline in sales.

Ryan Cohen, GameStop’s largest shareholder and the co-founder of Chewy.com, was elected the company’s chair on Wednesday, having earlier been tapped to lead its digital efforts.

Cohen’s arrival on the board in January stoked enthusiasm among day traders that drove the stock to all-time highs.

GameStop has also appointed several other executives this year who had previously spent time at Amazon. Jenna Owens, a former Amazon and Google executive, was named its chief operating officer. It also brought on Matt Francis as its first chief technology officer and Elliott Wilke as chief growth officer.

GameStop shares were up 1,500 per cent this year at Wednesday’s close as the meme stock mania returned in recent weeks, after having seemingly subsided from its peak in January and February.

The stock fell 12 per cent in after-hours trading, however. Alongside the appointments, the company disclosed that it had received a request for documents from the Securities and Exchange Commission related to an “investigation into the trading activity in our securities and the securities of other companies”.

GameStop said it intended to co-operate fully with the SEC and that it did not expect the inquiry to adversely impact the company.

In another regulatory filing, it added: “We have not experienced any material changes in our financial condition or results of operations that would explain such price volatility or trading volume [during the stock rally this year].”

GameStop capitalised on the excitement over its stock by raising $551m through the sale of 3.5m shares in April to help fund its ecommerce push.

It announced a further “at the market” offering of up to 5m shares on Wednesday, saying it would again use some of the proceeds to invest in growth initiatives.

GameStop’s announcements also included its latest quarterly results, which showed net sales rose 25 per cent year on year to $1.28bn in the three months to the start of May. The jump reflected how the year-ago quarter was hit by store shutdowns because of the coronavirus pandemic. GameStop posted a quarterly loss of $66.8m, compared with a $165.7m loss the year prior.

The company said trends in the current quarter “continue to reflect momentum”, as May sales increased about 27 per cent over last year.

Cohen said the company would avoid laying out details of its turnround plan just yet but told shareholders to “buckle up”.

“We have a lot of work in front of us and it will take time,” he said, according to a transcript of his remarks posted on Reddit. “We are trying to do something that nobody in the retail space has ever done, but we believe we are putting the right pieces in place and we have clear goals: delighting customers and driving shareholder value for the long term.”