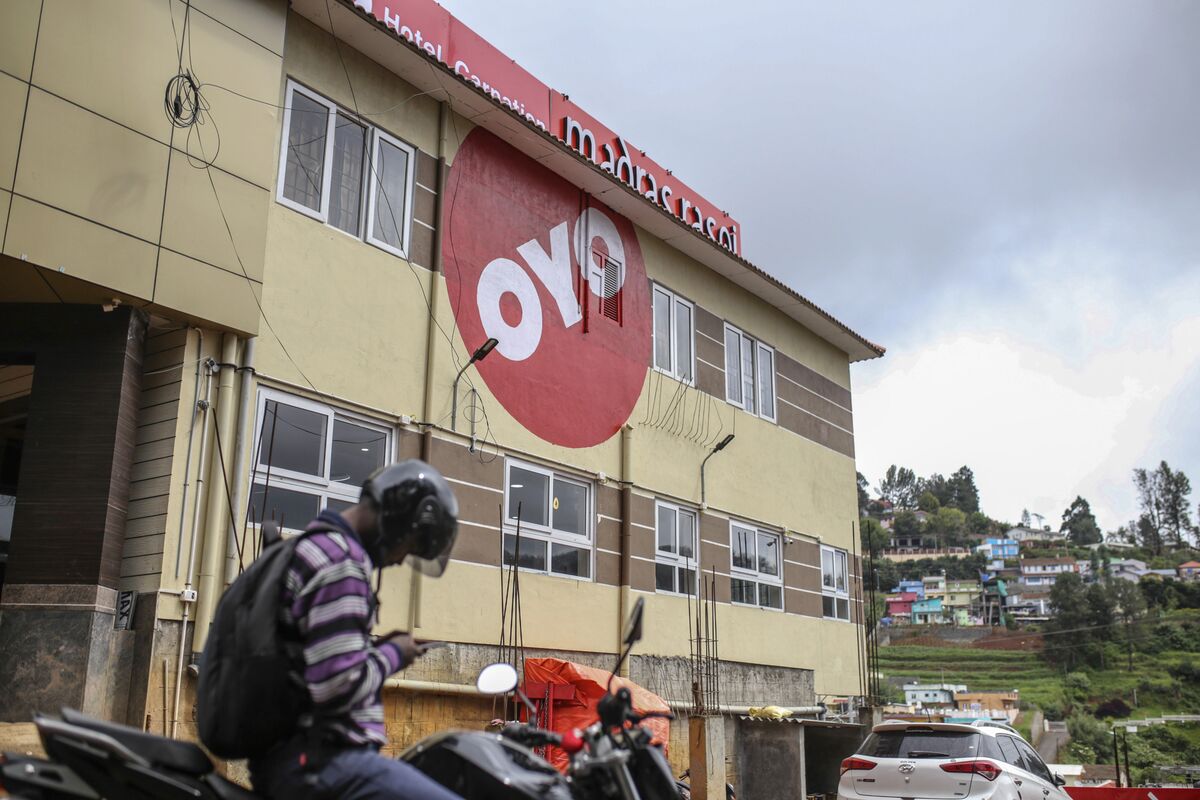 Oyo Hotels, one of India’s most valuable startups, is offering unusually generous terms to investors as it seeks to raise $600 million in debt, following a fresh surge of coronavirus cases in its home country that decimated travel and undercut its recovery plans.

Oravel Stays Pvt, as the parent company is officially known, is discussing with banks and investors a five-year term loan B at 850 basis points over Libor, higher than the usual guidance given for recently issued term loan Bs in the Asia-Pacific market, according to Bloomberg-compiled data. The interest rate is similar to the 875 basis points over the BBSY benchmark paid by Mission Group BidCo Pty Ltd on a seven-year term loan B signed in June 2020.

Oyo’s loan also features maintenance covenants, which are usually only included for companies that are considered risky by investors. The loan announcement confirms an earlier report by Bloomberg News.

The company is hosting a lender call on May 21 and JPMorgan Chase & Co. is arranging the deal. Commitments for the loan are due by June 2.

Oyo is one of the largest startups in Softbank Group Corp.’s portfolio and its headlong global expansion was backed and fostered by the investor’s billionaire founder, Masayoshi Son. While the startup was most recently valued at $10 billion, its business has been crushed after the rapid spread of the virus hit travel, following operational missteps that soured partnerships with hotel owners.

Japan’s Son has been a mentor to Oyo founder Ritesh Agarwal, going to unusual lengths to support his ambitions. Son personally guaranteed loans from financial institutions, including Mizuho Financial Group Inc., when Agarwal, now 27, borrowed $2 billion to buy shares in his own company as the valuation rose.

As recently as March, Agarwal told employees that Oyo’s India business was growing and that the company was earning the same gross profit dollars in January 2021 as it did a year earlier, before it was first hit by the virus. But the pandemic has since intensified in India, leaving tens of millions infected and erasing hopes for a rebound in tourism and travel.

The startup, the first Indian unicorn to seek debt from foreign institutional investors, will officially issue the loan through its Singapore entity. Moody’s Investors Service assigned a B3 rating.

“Oyo’s B3 corporate family rating reflects its position as one of the largest providers of budget accommodation in its key operating markets, good long-term growth prospects for the domestic budget travel sector, adequate liquidity to cover its likely cash burn and continued financial support from its key shareholders,” says Sweta Patodia, a Moody’s analyst.

The credit-rating company flagged concerns over Oyo’s short operating track record and history of operating losses, but said a key issue will be the coronavirus outbreak in India.

“Moody’s expects Oyo’s operating performance to start recovering in the second half of 2021 once infections subside,” it said in a first-time ratings report. “However, if the number of daily infections fail to decline to more manageable levels, the risk of nationwide lockdowns cannot be ruled out, which will delay the company’s recovery.”

Oyo’s goal is to borrow at a lower interest rate to service its existing higher-interest loans. Competitively priced capital is abundant, with a score of prominent startups from Grab Holdings Inc. to DiDi Chuxing and Airbnb Inc. harnessing institutional loans to buttress balance sheets.

Oyo has raised venture capital from investors including SoftBank, Greenoaks Capital and Lightspeed India. Its latest valuation places it third among India’s most valuable startups, behind education-technology provider Byju’s and digital-payments company Paytm.

To bring down costs, the startup ended operations in several markets and dismissed or furloughed thousands of employees. It still works with more than 100,000 small hotel and home entrepreneurs that own and operate lodgings with Oyo’s technology designed to drive room yields higher.

To improve efficiencies, Oyo streamlined global operations into three groups — India & Southeast Asia, Europe and Oyo International. In December, Agarwal was said to have told employees the startup was making progress toward a rebound and had about $1 billion to fund operations until an IPO.

— With assistance by Jewel Ho

I cosigned student loans for my son, but he dropped out. What should I do?

7 things to do before your student loan payments resume : NPR