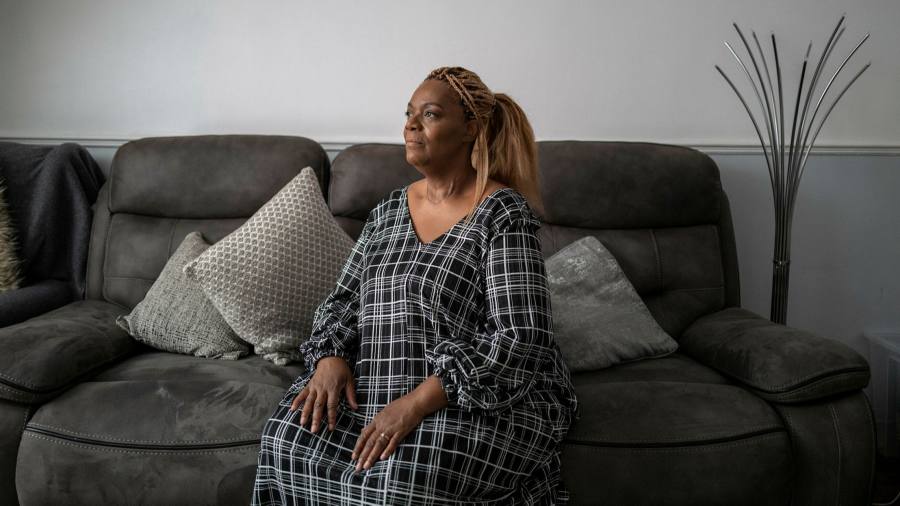 After a health shock took Paulette Mattan and her husband out of the workforce in the 1990s, paying for insurance to use a car, or to cover the contents of their home, became an unaffordable luxury.

“You’re just about living, really,” said the 55-year-old, who lives in a deprived part of south London. “Worse still, where you live, it makes [the cost of cover] even higher, so you’re kind of priced out of the market.”

Mattan, who is back working, has since taken out individual cover for certain items in the house: an expensive and partial solution.

Her experience demonstrates the challenge for low-income people seeking insurance cover and how an unforeseen change in circumstances can cut a household off from the risk management products that many people take for granted.

“This is the most overlooked area of financial inclusion,” said Martin Coppack, director of campaign group Fair By Design and commissioner at the UK’s Financial Inclusion Commission.

Official data on home insurance show that less affluent households are less likely to be covered.

Where they can afford car or home cover, research shows that those on low-incomes are likely to pay more due to where they live as insurers assume a higher level of claims in deprived neighbourhoods. Moreover, these customers can often only afford to pay their premiums monthly, rather than annually, which is typically more expensive.

Insurers justify the extra costs by arguing that customers are effectively taking out a loan and paying it back over 12 months but accept the cover can be cancelled if a customer stops paying.

Research suggests the problem is getting worse. A report published in September by the Institute and Faculty of Actuaries and Fair By Design found that insurance had overtaken energy to become the biggest contributor to the “poverty premium” — the extra amount that lower-income people have to pay for services deemed essential.

The study predicted this trend was set to continue as insurers take an ever more individual approach to pricing risks.

The broad principle of insurance is that the premiums of the many pay for the claims of the few. But some experts worry that closer risk-profiling, helped by the growing amount of data at insurers’ fingertips, will render certain groups of people and areas increasingly uninsurable.

People with lived experience of poverty consulted for the report, such as Mattan, cited barriers including unaffordable premiums or being “refused insurance altogether based on factors that were outside of their control.” Panellists were particularly aggrieved for being punished due to where they live, when they had no option to move.

The cost difference based on the level of deprivation in a given area is “striking, and increasing”, according to Sara Davies, a senior research fellow at the University of Bristol. Comparing motor insurance costs for the same person and vehicle details, the extra cost for coverage in a deprived area, as compared with a wealthier one, rose from £74 on average in 2016 to £298 in 2019, she said.

“There are some insurers that I have spoken to who actually [calculate the] rate down to the house level, because they know that there is an affluent area next to a council estate, and they’re going to want to rate the council estate higher,” said Freddy Macnamara, founder at car insurance start-up Cuvva.

Cuvva does use traditional rating factors such as postcodes to price some of its policies, but aims to phase this out as it increases the weighting in its pricing of drivers’ actual behaviour behind the wheel. Macnamara recognises that using postcodes is unfair to customers who can “drive perfectly well”.

The use of people’s credit scores to price insurance, another traditional input, is also coming under increased scrutiny.

In the US, states including California, Michigan and Massachusetts now ban or limit the practice of using credit scores to determine insurance costs. Root Insurance, a US motor cover start-up that prices more on behaviour, has a campaign to “Drop the score”, calling on regulators to stamp out the practice. It has committed to do so itself by 2025.

The IFoA/Fair By Design study included a range of potential remedies to support low-income insurance buyers. One is for new rules to abolish the extra charge for paying monthly. Another is to establish a “Postcode Re”, a programme that would bear the extra risks of a home or car insurance policy in certain areas, similar to the Flood Re initiative to support flood-prone homes.

The report called on the government and regulator, the Financial Conduct Authority, to investigate the minimum level of protection needed by low-income families and how they are being treated.

Coppack urged the FCA to open up what he called the “black box” of insurance pricing. “This will create the clarity needed to persuade government to acknowledge this issue and come up with ways to tackle it,” he said.

The FCA said it was discussing the report with Fair By Design and was “working to identify areas where regulation might assist in the fair treatment of customers and particularly those that are vulnerable”.

The regulator is already looking at factors including how postcodes are used by insurers, in its wider work on pricing and value for customers, according to a person familiar with the matter.

Asked about the Postcode Re proposal and other remedies in the report, the government said that setting insurance terms was “a matter for insurers based on their assessments of relevant risks”.

The Association of British Insurers said its members aimed to “offer affordable cover to as many people as possible while balancing setting insurance premiums to reflect the risk to be fair to all customers”.

But Mattan said the industry was not fair to her and her husband. “It feels like there is a class divide,” she added, highlighting the extra costs of paying monthly. “Those that can afford it, they get the cheaper premiums. Those that cannot afford it, you have to pay the price.”