More and More ‘Normies’ of Finance Are Getting ETH-Pilled 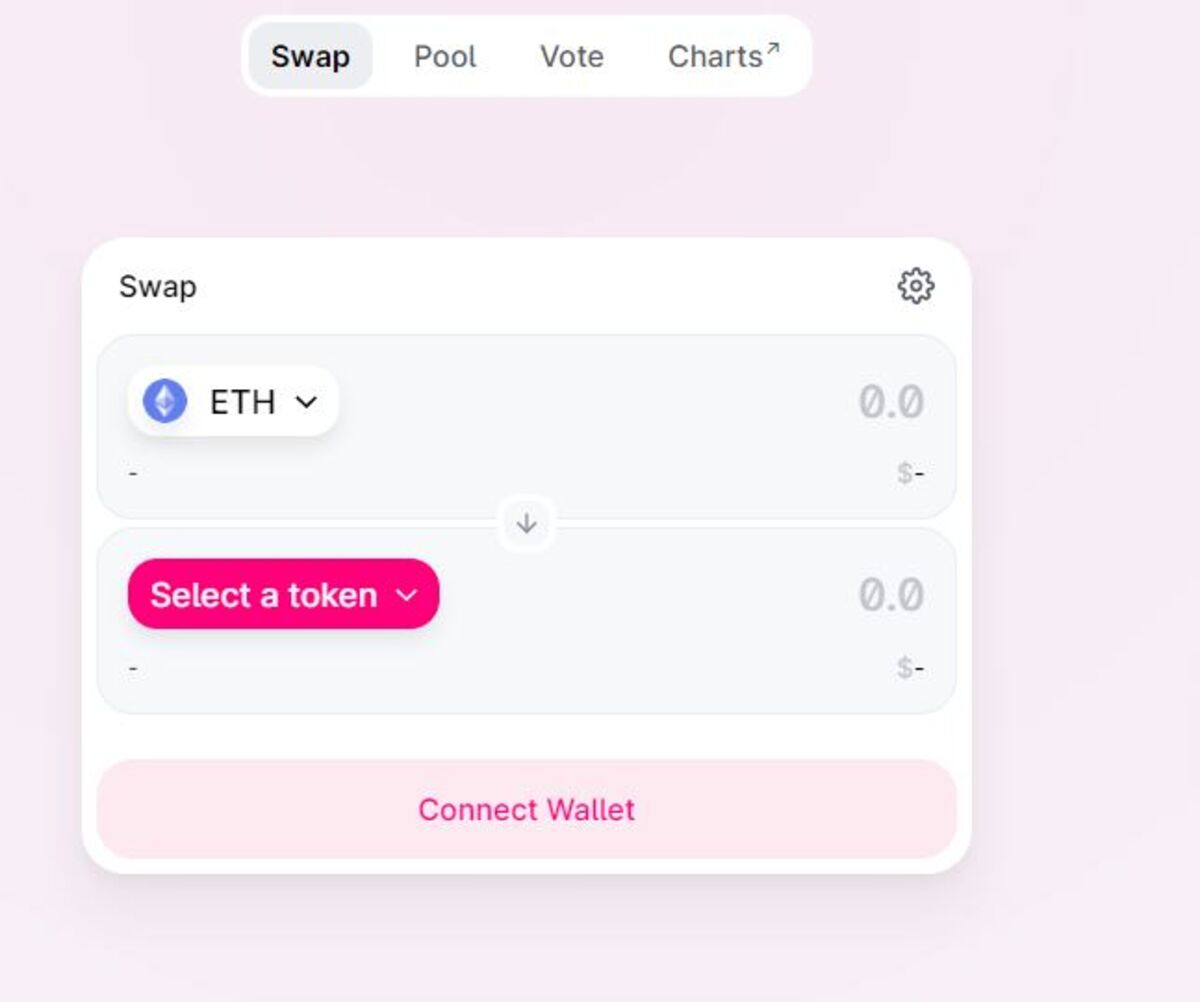 Bitcoin is dumb. That’s not meant to be a criticism or negative at all.

What it simply means is that Bitcoin is designed to do one simple thing, and that one simple thing is hold Bitcoin. OK that’s not strictly true. You can also transfer it to someone else. And you can also tweet about it (lots of people do that). But there’s not much beyond that and that’s fine. It does its job extremely well. Kind of like how people say that your broadband internet connection should be a “dumb pipe,” Bitcoin is a dumb coin — something robust that does its thing well and predictably.

Ethereum is a totally different beast. Whereas Bitcoin is considered to be “digital gold,” Ethereum aspires to be a world computer, capable of being a platform for markets and distributed applications. It’s complicated. It aims to do many things. It aims to run smart contracts. It’s not meant to just be hodled.

One thing you can do on Ethereum is trade it for other coins that are also built upon Ethereum. It seems really fun. On the latest episode of our podcast, we spoke with Aaron Lammer, who has been into crypto for a long time, and over the last several months he has fallen down the decentralized-finance (DeFi) rabbit hole, trading coins and engaging in so-called yield farming, where you put your coins into a liquidity pool, and as long as you hold them there, you collect some interest from people trading.

Anyway, it’s clear that to a current crop of people in traditional finance (TradFi), the idea of a cryptocurrency that does something holds a lot of appeal and is drawing people in.

Michael Antonelli, a market strategist for Baird based out of Milwaukee, explained to me why ETH, specifically, has really caught his attention:

I think of Ethereum as this wide-open space that people are thinking about ways to build on. There’s this group of developers laying sewer lines and electricity and water, trying to entice a vibrant community to be built on top of it. These developers have challenges ahead of them but they’re working hard to solve them.

As a “normie” in the traditional finance world, I’m trying to remain intellectually open to the crypto space.  There are parts of it I’m willing to outright ignore, such as random tokens and coins being created with goofy names. But there are also parts of the crypto world I’m doing my best to educate myself on so I don’t miss what might be a game-changing technology. Bitcoin, irrespective of its price, makes sense to me as a digital payment system. It might not handle the same volume of transactions Visa or Mastercard do but I get the underlying story of a decentralized payment system.

What has really intrigued me lately is Ethereum, a decentralized network that companies are building apps on. ING, Ubisoft, TD Ameritrade, these are real-life companies testing the waters of building something that is supported by a growing number of developers. What I really care about (more than the price of these coins or tokens) is where are the smart people going to create things? What platforms are they choosing to build something on? Ethereum is emerging as one of the primary destinations for that, so I’m paying increased attention there. Let me emphasize that I’m not exploring Ethereum as a technology because the price of it is going up, I want to know where forward-thinking people are building things because that’s where real value might be found. A payment app will always be a payment app, but a framework to build on might be a skyscraper.

So there’s the trading that Aaron is doing above. And to Michael, it’s this possibility that here’s something where people are actually building things.

Hunter Horsely, the chief executive officer of Bitwise Investment, offered another explanation for why this world of DeFi can draw in finance professionals in a way that Bitcoin itself can’t quite do. Basically there’s a linguistic familiarity about what that universe is trying to accomplish. The metaphors aren’t hard to understand. Again, I’ll just post his message in full:

(A) Bitcoin is digital gold. But most investment professionals think gold is silly. “Gold bug” is not a term of endearment. So when crypto people say “now we have a digital version of gold!!” – it’s both hard to understand, presents new risks, but it’s also a prize many are not that interested in. “Ok, well maybe it is digital gold, it’s still not for us.” DeFi, on the other hand, is the type of investment that investment professionals love — disruptive tech (blockchains), describable use cases (brokerage, savings accounts, loans, insurance, derivs), demonstrable traction … and cash flows!!! When many traditional investors we speak with hear about it, their eyes open wide. It’s what they were looking for all along when they asked questions like “what do people use Bitcoin for, isn’t it all speculation??” and “I think the underlying tech is compelling.” Framed differently, DeFi is a productive asset whereas Bitcoin is a non-productive asset. Productive assets — equities / real estate / fixed income — are $50T / $100T / $70T asset classes in the U.S. alone. Gold is $10T… globally!

B) The “what problem does this solve” for DeFi is more familiar and intuitive to traditional investment professionals. They know the challenges of T+2, of settlement, of solvency/creditworthiness, of long-tail liquidity, of yield, etc — all the things the DeFi project address, it’s familiar to them. Almost in the way the electronification of equities made sense, decades ago, the idea that the financial system could level up again is intuitive to many non-change-hating financial types.

Hunter’s company Bitwise, it should be noted, has a DeFi index fund, so this is also book-talking. But again, the point — and it dovetails with what Antonelli was saying — is that this world of crypto ex-Bitcoin holds a lot of appeal to mainstream financial professionals. We know what Amazon Web Services is. We know what settlement is. We know what market makers are. The idea that there’s some way to do it all better on a distributed computing platform is just inherently more appealing to many people than a coin whose advocates liken it to a digital version of a shiny yellow rock.

Of course, Ethereum is far from a finished product. Mike Novogratz, who got in super early in the space, admitted as such on TV this week. And yesterday, during the market meltdown, the cost of simple transactions became cost prohibitive.

There’s a lot of money in this space, but it’s clear that it’s not fully ready for prime time. And so you can see why so many people in the traditional world are licking their chops, wanting to get in the game in some way.

And you can see that in this chart, which shows Ethereum soaring against Bitcoin over the last year, especially in the last couple of months:

Check out our episode with Aaron Lammer on yield farming on Uniswap.

Update: I got another great quote from Elena Burger, an analyst at a hedge-fund and a consultant with Basic.Space, a resale, NFT, and limited-run goods marketplace that partners with creatives and small brands, about why she’s gotten so drawn into the Ethereum world. It really speaks to the sense of excitement and openness that people feel entering this world:

I think the best way to view Ethereum is not just as currency, but as an enabler of a completely different way to organize online life and behavior. As we twilight the age of web 2.0 and all of its failures & overreaches, Ethereum will permit new protocols for company organization, media distribution & funding, innovative marketplaces, and decentralized finance.

Even among the investors (both institutional and retail) I speak to, there’s a varying degree of understanding of what you’re actually buying when you buy Ethereum. Are you buying the asset? Are you helping subsidize the vast ecosystem of developers and protocols that are being worked on worldwide? Are you securing access to a universe of ERC-20 tokens? If you’re using DEXs like Uniswap or Aave, are you performing some form of wholesale funding, or accruing more APY than you would from a bank? The answer is that investing in Ethereum enables all of this (and more). And that’s why it’s so exciting.