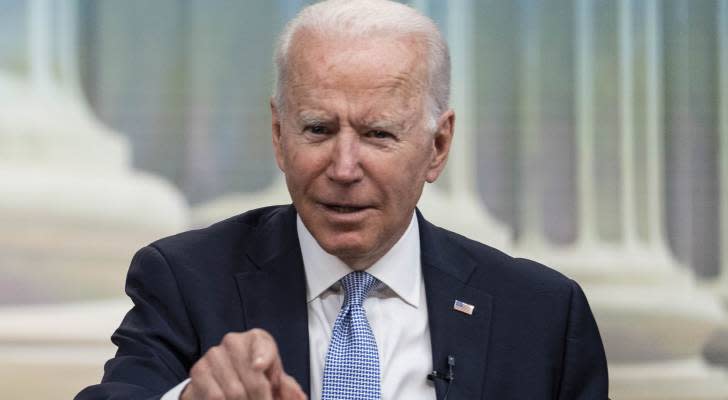 The massive COVID rescue package President Joe Biden signed back in March — the same law that included $1,400 stimulus and the upcoming monthly payments for families — is now offering free health insurance to millions of Americans, through the end of 2021.

The benefit’s zero-premium health care plans just became available, as of July 1, and there are no income limits to qualify. But you must meet one big eligibility requirement.

Get free health care for claiming unemployment this year

If you’ve gotten or have been approved for unemployment benefits during 2021, you qualify to receive free health coverage for the remainder of the year via HealthCare.gov. That’s the marketplace established under the Affordable Care Act — Obamacare.

Middle-of-the-pack “silver” plans (not high-end, but not low-end either) with $0 monthly premiums made their debut on Thursday as part of the program. By comparison, this year’s typical Obamacare premium is $452 a month, according to the nonprofit Kaiser Family Foundation.

The health plans in the free offer are provided by private insurers, and also come with low or even no copayments or deductibles.

“We are doing everything we can to remove financial barriers to comprehensive health care,” says Chiquita Brooks-LaSure, director of the Centers for Medicare & Medicaid Services, in a statement. Brooks-LaSure’s agency runs HealthCare.gov.

Given that unemployment has remained high this year as the pandemic has lingered, the field of Americans who might take advantage of the free health care is massive. At this moment alone, nearly 3.5 million people are on unemployment, the government reported on Thursday.

Biden’s pandemic aid bill has given other relief to unemployed Americans, including beefed-up jobless benefits through early September (though at least half the states are opting out early) and a tax break on unemployment payments that has resulted in surprise tax refunds for millions.

If you’re uninsured and have received unemployment compensation at any time this year (even for just one week), you can enter that information at HealthCare.gov, then shop for a free plan on the site and sign up by Aug. 15, when the current open enrollment period ends, Biden administration officials say.

The stimulus law says your income will not be taken into account; normally there are earnings limits to qualify for Obamacare coverage. But note that you’re typically not eligible if you can get insurance from an employer — either yours or your spouse’s — or through Medicare or Medicaid.

Though the free coverage tied to unemployment benefits will run out in December, the president’s American Rescue Plan is providing broad, reduced-cost coverage at least through 2022. So you may decide you’ll want to stick with Obamacare after this year.

HealthCare.gov enrollees are now paying no more than 8.5% of their incomes on their health insurance, down from the previous 10% ceiling. And, generally speaking, anyone making over $51,000 is now saving an additional $1,000 a month, according to the administration.

A survey released in June by the Kaiser Family Foundation found low awareness of the new health insurance discounts. More than 8 in 10 eligible Americans (81%) either didn’t know about the assistance or weren’t sure about it. Only 1 in 10 (9%) had gone online to scope out the cheaper plans.

If you can’t get free insurance but need relief

If you don’t qualify for the free coverage and are being squeezed by high health insurance costs, you might still shop around and find a cheaper health plan. Then, you’ll want to try some other money-saving strategies to offset your premiums: