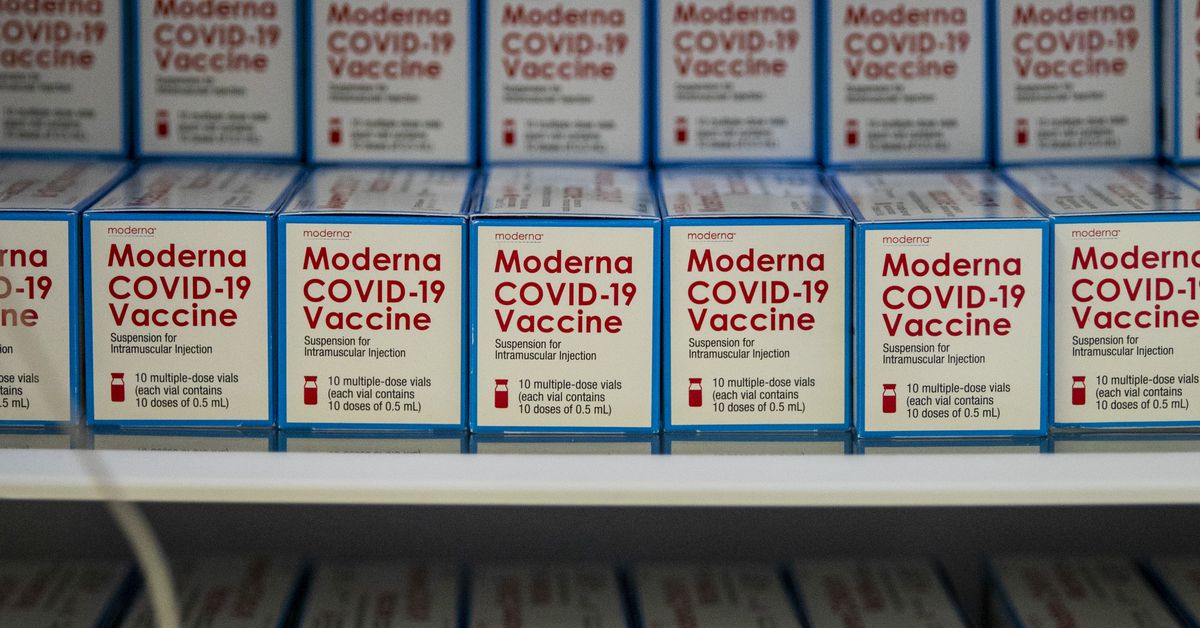 It used to be easy to hate pharmaceutical companies. Between soaring drug costs and the opioid crisis, the industry was widely perceived as one that put profits over people’s health. In a 2019 Gallup survey, pharma was ranked dead last for positive perception among United States institutions. People had more positive feelings about the federal government than Big Pharma.

That year, technology companies were more popular. In a different survey, just under half of US adults had a positive view of the tech sector. It’s hard to compare two different polls head to head, but the general trend is clear: in 2019, people felt better about tech companies than they did about pharma.

But then, the pandemic hit, and the country’s recovery depended on the success of vaccines. Government scrutiny of tech companies — from both sides of the aisle — picked up steam. And the two industries seem to have swapped places in the nationwide popularity contest.

The COVID-19 vaccines developed by companies like Pfizer, Johnson & Johnson, and Moderna are astonishingly effective. Their rollout has helped reduce levels of virus in parts of the US to some of the lowest they’ve been since March 2020. That success led to a boost in popularity for the drug companies. There were more people who had a favorable view than people who had an unfavorable view of the companies in a March 2021 Data for Progress survey, just as the vaccination campaign in the US was picking up steam.

Meanwhile, during the pandemic, tech companies’ popularity took a nosedive. Democrats and Republicans both spent the past year highlighting various tech failures, and congressional hearings brought new attention to their anti-competitive business practices. The group of US adults who have a positive view of the tech industry shrunk to around a third, according to a February 2021 Gallup poll. And the number of people with a very negative opinion of the sector jumped to 22 percent, up from 10 percent in August 2019.

The past year recalibrated our relationships to both industries: the shine is off tech, and there’s an appreciation for some of the benefits of pharma. But the pandemic also highlighted how deeply they’re entangled in most people’s day-to-day lives, and how much they govern how we live, work, and move through the world. The past year showed that we can’t really go without either one — but that doesn’t mean we have to like them.

the shine is off tech, and there’s an appreciation for some of the benefits of pharma

After all, drug prices kept going up this year, even as pharma racked up goodwill from the COVID-19 vaccines. Pharmaceutical company Biogen just slapped a $56,000 annual price tag on a new drug for Alzheimer’s that may not actually work. Congress is still targeting the industry, and tech CEOs are making headlines for their tax avoidance. If trends continue the way they’re going, the popularity contest may be more like a race to the bottom.

Here’s what happened this week.

How the ‘Alpha’ Coronavirus Variant Became So Powerful

The coronavirus variant that was first identified in the United Kingdom, now known as the Alpha variant, can evade parts of the the immune system — which is partly why it spread so fast. (Carl Zimmer / The New York Times)

Would you have your DNA tested to predict how hard COVID-19 would strike? Should you?

An Australian company says it can use genetic and demographic data to predict someone’s risk of developing a severe case of COVID-19. But there isn’t much evidence to base those claims on. (Jocelyn Kaiser / Science)

In another turn in the coronavirus origin story, researchers published data showing that Wuhan markets had dozens of animals that could theoretically harbor viruses dangerous to people. (Raymond Zhong / The New York Times)

Coronavirus Variants Have Nowhere to Hide

Coronavirus test makers are readjusting their formulas to make sure our tests can detect the new viral variants. (Katherine Wu / The Atlantic)

In the U.S., vaccines for the youngest are expected this fall.

Pharmaceutical companies Pfizer / BioNTech and Moderna are aiming to have data on how well their COVID-19 vaccines work in kids between five and 12 years old by September. The companies are testing lower doses of the shots for this group. (Apoorva Mandavilli / The New York Times)

We’re only beginning to understand pandemic trauma. Every COVID-19 death has unleashed a river of grief still flooding over the bereaved. Millions of coronavirus survivors are still ravaged by what the disease did to them. Even those who haven’t personally been touched by the virus have had to contend with lost jobs, anxiety, and missed opportunities. But for some people, the past year has also fundamentally broken their moral compass.

To the people who have received the 2.26 billion vaccine doses distributed so far — thank you.

To the more than 174,889,847 people worldwide who have tested positive, may your road to recovery be smooth.