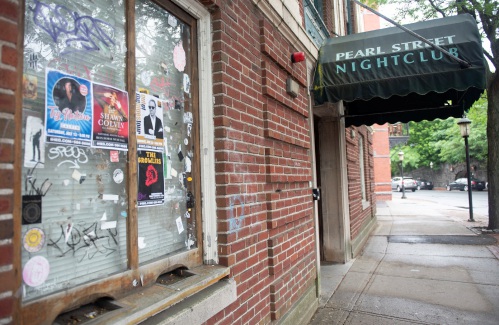 NORTHAMPTON — Entertainment and property mogul Eric Suher is being ordered to pay more than $100,000 in restitution and penalties by the state attorney general’s office following a nearly two-year investigation that found his companies had violated the rights of approximately 30 workers, the AG’s office said in a statement to the Gazette on Friday.

Iron Horse Ventures — commonly referred to as Iron Horse Entertainment Group (IHEG) — and the company’s manager and president, Suher, have been issued four citations by the AG’s office over failure to pay wages in a timely manner; failure to maintain a sick leave policy and denying the use of paid sick time to certain employees; failure to post workplace notices; and a subsequent failure to furnish “true and accurate records,” according to the AG’s statement.

Additionally, 26-28 Center St. LLC, another Suher-owned company, was issued a citation for failing to furnish records.

“These companies have repeatedly refused to turn over records or otherwise cooperate with our office’s investigation into wage theft,” Attorney General Maura Healey said in the statement. “We’ve issued these citations to these companies for taking advantage of people trying to make a living and will fight to get these exploited workers the wages they earned.”

The AG’s office determined that a combined $1,991.76 is owed to 18 workers. “Restitution means wages we have determined [are] owed to employees. The companies’ failure to produce records has made it difficult to determine the full amount potentially owed to workers,” according to a statement by the attorney general’s office.

Most of the rest of the $100,000 to be paid to the AG’s office consists of penalties for the four citations, each of which has its own fine amount.

Suher wrote in a statement to the Gazette that he denies the allegations.

“We do not agree with the findings, and we have appealed the citations we have received from the Office of the Attorney General,” Suher wrote.

The AG’s Fair Labor Division began investigating after a referral from the Pioneer Valley Workers Center, which had received various complaints from employees of the two companies owned by Suher.

Nearly 10 people — who at one time worked for Iron Horse Ventures — were part of the investigation and seven complaints were filed with the Fair Labor Division of the attorney general’s office, the Gazette previously reported.

In Friday’s statement to the Gazette, the AG’s office wrote that, as part of the initial investigation, records on payrolls were demanded to be produced. The Suher-owned companies, however, only provided partial records that were missing important documentation and information. In May 2020, both companies — Iron Horse Ventures and 26-28 Center St. LLC — were cited for the failure to furnish records with a $7,500 penalty, which remains unpaid.

As the investigation continued, the fair labor division substantiated workers’ claims of not being paid their wages on time, and that at times they were denied the use of paid sick time. Iron Horse Ventures also allegedly failed to maintain a sick leave policy or post workplace notices on Massachusetts labor laws as required. The company also allegedly made regular deductions for meal breaks that workers were not permitted to take.

Both companies again failed to furnish true and accurate records, the AG wrote.

“Neither company has come into compliance with the state’s wage and labor laws since the citations have been issued,” the AG statement read.

Suher wrote that the allegations “stem from an investigation that began shortly before the COVID shutdown,” and that, “The Iron Horse does not believe that it has failed to pay wages due to employees, nor deny sick time that has been requested. We have also complied with the posting of workplace notices. Any failure to furnish records to the AG’s office was related to the COVID shutdown, and our office and attorney’s office are working to ensure that the AG’s office has any and all information it needs. We do not agree with the citation, and we have filed an appeal.”

As for the AG’s assertion that Suher and Iron Horse failed to furnish records, Suher responded that the request for records came at the same time as lockdown measures were coming down due to the pandemic.

“The record request was substantial, and while we were gathering it, all of our venues and offices were ordered shuttered by the Governor’s Office due to COVID,” he wrote.

Margaret Sawyer, a co-director for the Pioneer Valley Workers Center, credited former IHEG workers for coming forward with their allegations of wage theft and for fighting to get the compensation they were owed.

“On behalf of the Workers Center, we are thrilled that the attorney general agreed with workers and issued the citation,” Sawyer said. “We firmly believe that (Suher) grew his wealth with the intentional strategy of underpaying his workers and prohibiting them from accessing their legal protections.”

Sawyer said the citation and restitution is a victory for workers who organized across different IHEG establishments to make their case heard.

“This is one of the reasons why we are so grateful to work in our region — that non-unionized workers can get support when they come to a workers center,” Sawyer said.

Roman Behrens, a former employee at IHEG, has been involved for nearly the past 2½ years fighting for compensation for his fellow IHEG workers. Behrens worked at Iron Horse Music Hall from June 2017 to August 2018, and he filed a complaint with the attorney general’s office.

In 2018, Behrens said he was making $5.25 an hour, with tips, working as a bartender and barback at the Iron Horse concert venue. Massachusetts law states that employers must make up the difference in pay for workers who earn less than minimum wage.

“I was 20 at the time, and basically working a lot of slow nights,” Behrens recalled. “I would work from 10 p.m. to 3:30 a.m. and get $10 in tips total. I started reading labor rights and did my own research and learned about the law.”

Behrens went to his manager, informing him that he was owed compensation of nearly $400 for not making minimum wage over the course of several months, and he attempted to reach Suher repeatedly over the next few weeks. He said he did eventually get payment from Suher, but that his co-workers remarked how rare of an event that was.

“I was told by co-workers I was the first to get money back and that everyone had a story about wage issues,” Behrens said. Since leaving IHEG, Behrens said he became a labor journalist due to the experience, and he now writes for The Shoestring, a local journalism collective in the Pioneer Valley.

Behrens hopes that the citations against Suher will be an example to workers that they “can get what’s theirs, fight and win.”

Luis Fieldman can be reached at [email protected]