The Week in Business: Workers Flex Their Muscles 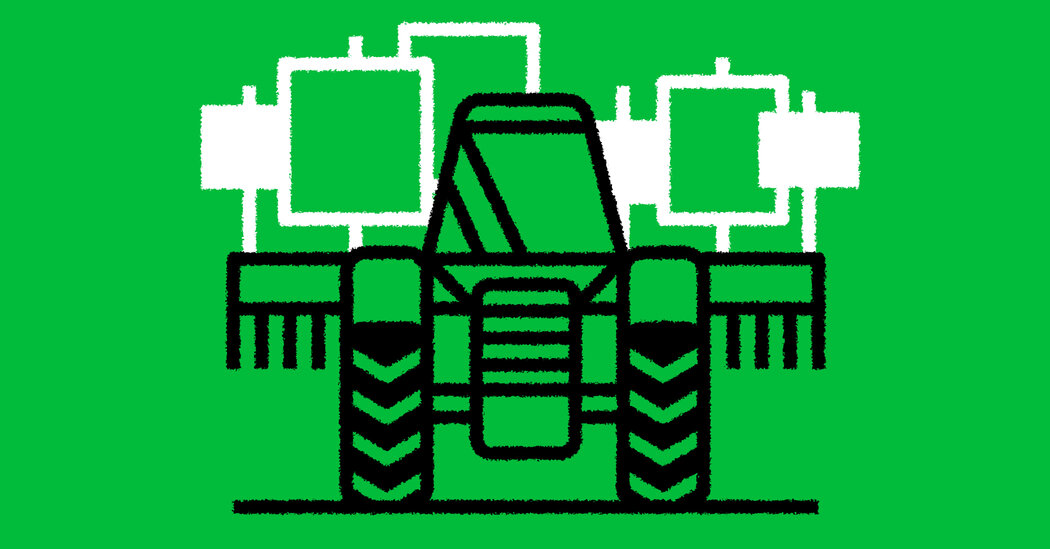 More employees quit their jobs in August than in any month in the last two decades, the Labor Department reported on Tuesday. As many businesses struggle to hire, the surge in quitting is one of several signs that workers have more leverage in the labor market. Average hourly wages have also climbed in recent months, especially for low-paying jobs. Thousands of workers at the agriculture equipment maker Deere & Company went on strike on Thursday after overwhelmingly rejecting a contract proposal worked out with the company by negotiators for the United Automobile Workers union. And Hollywood production workers reached a tentative agreement on Saturday for a new three-year contract with film and television studios after threatening to walk off the job if the studios did not meet demands for higher pay, strengthened requirements for meal breaks and other concessions.

A Clash of Mandates

On Monday, Gov. Greg Abbott of Texas issued an order barring vaccine mandates in the state. That conflicted with President Biden’s requirement that federal contractors and their employees be vaccinated by Dec. 8. American Airlines and Southwest Airlines, both based in Texas, said they would continue their vaccine mandates for employees nonetheless, and legal experts say that the state policy does not override the federal rule. Mr. Biden has also ordered the Labor Department to write rules that would require companies with more than 100 employees to mandate vaccines or regular testing for their workers. But those rules have not been published yet — and may not be for several weeks.

The Consumer Price Index, an important measure of inflation, climbed 5.4 percent in September from the year before, more than economists had expected and a faster pace of gains than in August. While a jump in prices was expected as the economy recovered from the pandemic shock, persistently high inflation complicates matters for both the Federal Reserve and the White House. Sustained inflation could force the Fed to pull back its pandemic support for the economy faster than it would like, before the labor market is fully healed. For the White House, the tricky task of passing two enormous spending packages is made harder as opponents argue that the bills could worsen inflation. So far the most visible policy impact of high inflation is on Social Security payments. The Social Security Administration said it would raise benefits by 5.9 percent in 2022, the biggest cost of living increase in 40 years.

Two years after the shared-office-space company WeWork was forced to shelve its plans for a public offering, it is expected to take a less traditional path to the public market this week by merging with a SPAC, or special purpose acquisition company. Ahead of WeWork’s planned I.P.O. in 2019, private investors valued the company at nearly $50 billion, but WeWork struggled to sell its shares to money managers on Wall Street at even a $15 billion valuation. WeWork has said the SPAC deal, announced in March, values the company at $7.9 billion. Since its first attempt at going public, WeWork has cut costs and appointed new management. But membership fell during the pandemic, and it’s unclear what the long-term impact of the change in office work will mean for WeWork’s business. The same trends that could fuel an increase in remote work could also create a demand for more flexible office space.

An advisory committee to the Food and Drug Administration last week recommended emergency authorization of booster shots for many of the recipients of Moderna’s coronavirus vaccine as well as booster shots of Johnson & Johnson’s one-dose vaccine for people 18 years or older. The F.D.A., which authorized a booster shot for older and at-risk recipients of the Pfizer-BioNTech vaccine last month, typically issues decisions within a few days of its advisory committee’s meetings. If the agency decides to authorize more booster shots, the Centers for Disease Control and Prevention will publish guidance on whether those boosters should be used and who should be eligible. Later this month, the panel is tentatively scheduled to discuss Pfizer’s request to authorize emergency use of its coronavirus vaccine for children ages 5 to 11.

The State of China’s Economy

China reports on Monday how its economy fared in the third quarter. Several factors appear to have contributed to a slowdown in the period, which covers July through September, including deadly floods in several cities, troubles at the enormous property developer Evergrande, and shortages of computer chips and electricity. Government efforts to rein in the power of big businesses, including efforts to discourage real estate speculation as well as antitrust and national security penalties on tech companies, may have also taken a toll.

The Status of U.S. Jobs

The pandemic continues to impact the U.S. economy in a multitude of ways. One key factor to keep an eye on is the job market and how it changes as the economic recovery moves forward.

William Shatner, the actor best known as Captain James T. Kirk in “Star Trek,” went to space. Prince Harry and Meghan, the Duchess of Sussex, are getting into finance. And both Apple and Google are expected to announce product updates this week.

How Business Mogul Dany Garcia Gets It Done

Top Business and Crypto Stories of The Week: January 7