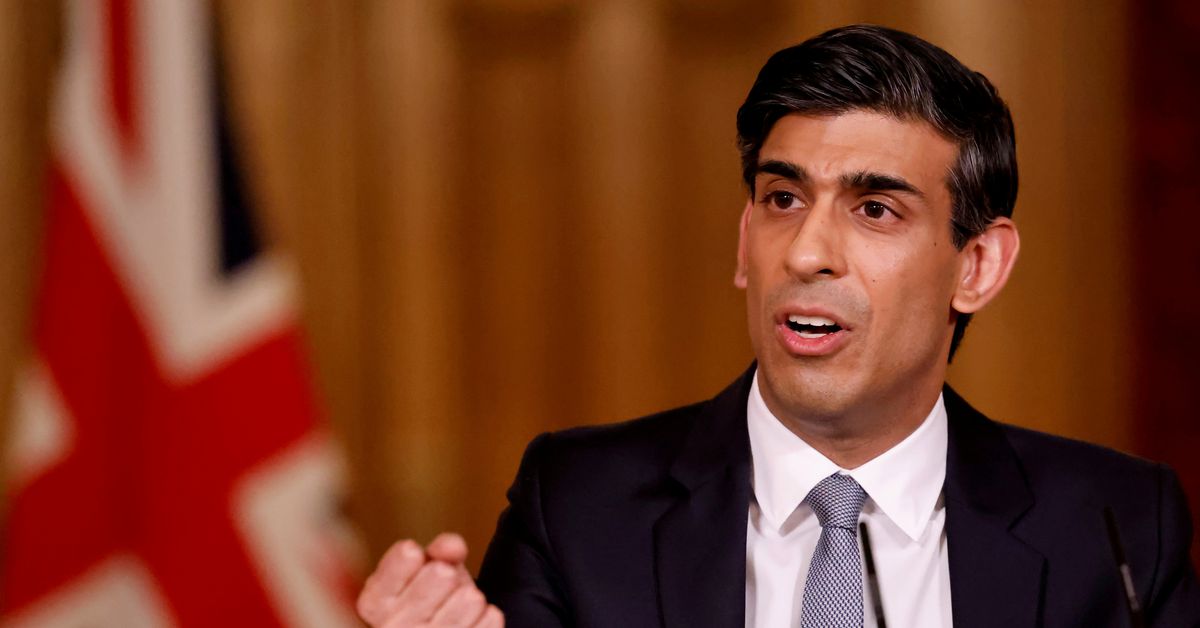 Britain will host an in-person meeting of finance ministers in London on June 4-5, when Sunak also hopes to broker a deal among G7 countries on a joint approach to business taxation.

The United States has proposed a global minimum corporation tax rate of 15{06d6670df80e02c0b1a51bdfaefb71b6e69ecb50fe99d893294764e2911a48c2}, well below G7 levels, but above those in some countries such as Ireland. But Britain remains concerned the plans do not go far enough on taxation of tech giants such as Amazon, Google and Facebook.

“I look forward to next week’s meeting as we continue working together to support jobs and secure a green and global economic recovery,” Sunak said after chairing Friday’s virtual talks, which also discussed the world economy and central bank digital currencies.

U.S. Treasury Secretary Janet Yellen told the meeting it was important to provide further fiscal support “to promote a robust and lasting recovery in the wake of the pandemic”, the U.S. Treasury said.

Irish finance minister Paschal Donohoe – who attended the meeting in his capacity as chair of the euro zone’s group of finance ministers – said the COVID-19 pandemic had reinforced the need for international cooperation.

“As we emerge from this crisis and open up our economies … we will increasingly need policies that help us to build, grow and adapt,” he said.

Some sources close to Friday’s talks said a deal on tax could be reached as soon as next week.

But others are more pessimistic, and expect a vaguer statement of principles rather than agreement on a specific minimum tax rate.

Britain will have another chance to get agreement when Prime Minister Boris Johnson hosts a meeting of G7 heads of government on June 11-13.

A French finance ministry official said after Friday’s meeting that a clear statement by the G7 would boost the chances of the international consensus needed at a meeting in July of the G20, which includes large emerging economies.

The Paris-based Organisation of Economic Cooperation and Development has been trying to shepherd global tax reform for years, mostly via the G20.

In the absence of progress, Britain imposed a digital services tax in 2020 on tech companies with global revenue of more than 500 million pounds ($710 million) and sales in Britain exceeding 25 million pounds. France took similar steps in 2019.

The United States has threatened tariffs over these measures and wants them removed as part of a global tax deal. Britain does not want a deal that increases revenue overall but reduces taxes paid by foreign companies in Britain.

The 20-Day Money Challenge: How to Set Up Your Financial Future