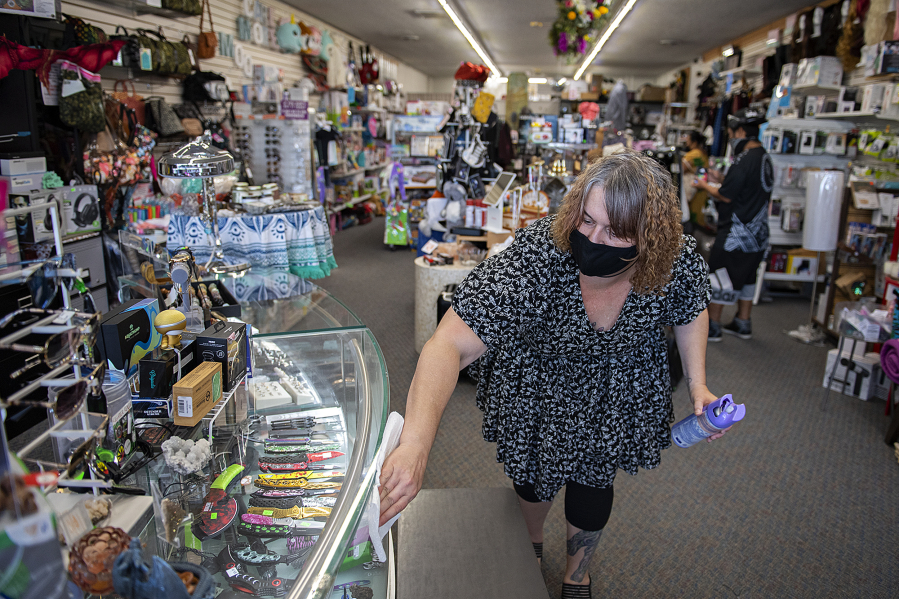 There’s a little hole-in-the-wall family business in central Vancouver run by a woman who clawed her way out of homelessness and is now selling liquidated goods that she buys by the pallet.

Among the goods at LiquidNation Liquidators, 717 Grand Blvd., you’ll find Samurai swords, little unicorn salt and pepper shakers, luggage and purses. It’s a growing business that owner and founder Jullienne Adams started from “basically nothing,” and it’s seen its fair share of hardships.

Adams lived in Washougal in a five-bedroom home and practiced massage for 10 years until a long, drawn-out divorce left her homeless, she said.

Until about 2½ years ago, she was living out of her car for three years while she fought through a divorce in court. After the divorce went through and her frozen funds cleared up, she moved into a house, and she decided to buy a pallet of 15 miscellaneous goods from an auction website for $375, she said.

Among the stuff she found name-brand power tools and an electric kids motorcycle, which she posted and sold through Facebook Marketplace. From there, she’s invested nearly all her profit back into the business.