We asked, you answered: The best financial advice you ever got 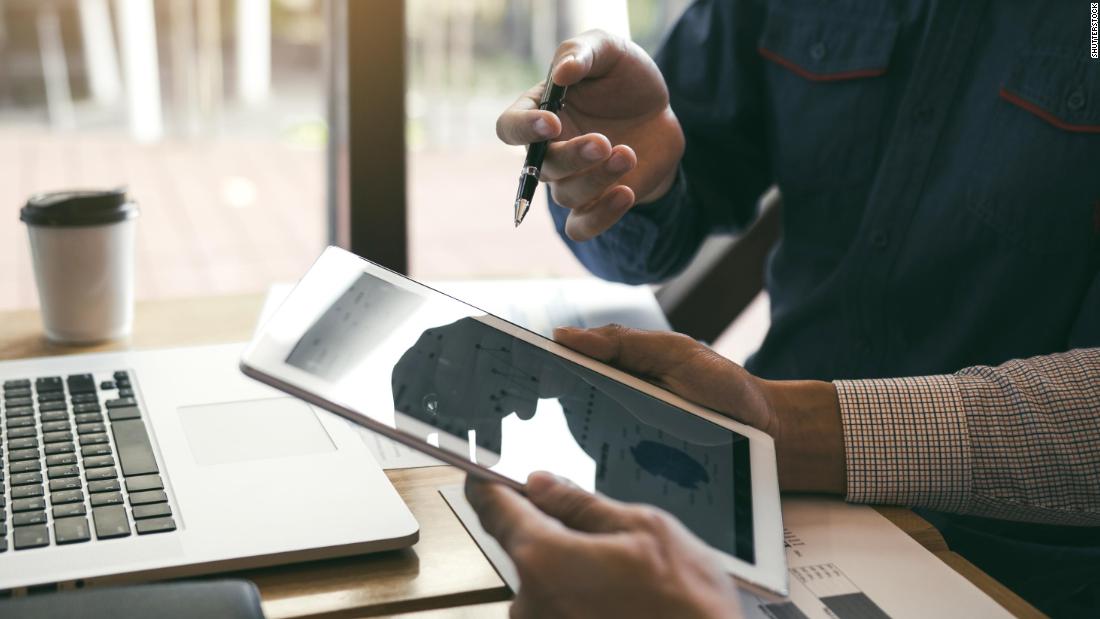 Maybe you have a natural affinity for making and managing money. Or maybe you’re just trying not to make a hash of it.

Either way, someone at some point in your life likely dropped a pearl of wisdom in your lap that has made your financial life better than it would have been otherwise.

We asked readers to share the best financial advice they ever got.

Some advice is so good you can take it to the bank.

That is exactly what Stevan Vigneaux did in the mid-1980s.

He was in his early 30s and working as an engineering manager at a local television station in Hartford, Connecticut. The station’s vice president of engineering pushed him to save in the company’s 401(k), which was offering a generous matching contribution.

When Vigneaux said he couldn’t afford to – he and his wife, a schoolteacher, had just had their first child and had bought a “money pit” for a house – his boss pushed harder.

“He said, ‘Yes you can, and you must. When you get your next raise save half, you’ll never miss it,’” Vigneaux recounted.

The boss went further, telling Vigneaux to invest half of every raise he gets from then on until he maxes out his contributions. “You’ll be glad you did,” the boss said, noting that he would be crazy to pass up the free money from the company match.

It’s 35 years later, and he was right on all counts. We never missed the portion of the raise we directed to savings.”

“It’s 35 years later, and he was right on all counts,” Vigneaux said. “We never missed the portion of the raise we directed to savings.”

Vigneaux has since given the same advice to friends and family. And today, mostly retired, he says he and his wife aren’t rich but live comfortably without financial stress.

Brian Schmidt, pictured with his wife, Lesley, said he plans to pass along the sound credit card advice his dad gave him when his own son goes off to college.

Credit cards should be used as a financial convenience, not a crutch.

That was the underlying message of what Brian Schmidt’s father told him when he went to college.

The lesson influenced how he thought about other debt, too. “I was always thinking if I couldn’t afford to pay for it then I’d wait, unless it was ‘good debt,’ like taking out a mortgage on an appreciating asset.”

Today at 46, Schmidt said he and his wife are debt free, having paid off their mortgage in 16 years. Their plan now is to put their 16-year-old son through college – giving him just one credit card and his grandfather’s wisdom.

Michael Blount still plans to work until he’s 70, but he is better situated for retirement than he expected to be thanks to an investing maxim he heard in his 50s.

A decade ago, at 55, Michael Blount made his first real foray into investing. Nearing retirement from a 23-year career in the military, he decided to invest a small amount of money with a broker.

Since he wasn’t working with hundreds of thousands of dollars, Blount said, “I was worried the broker might laugh it off. But he didn’t.” The broker instead suggested putting the money into index funds.

Not long after, Blount said, he listened to a series of online personal finance lectures. It was in one of those lectures that he heard what he characterizes as some of the best financial advice he’s gotten: “The best day to invest was yesterday. The next best is today.”

He decided to take gains that accrued in his index funds and invest them in some top technology stocks – including Apple, Amazon and Microsoft.

He said he thought to himself, “I’m gonna take a chance.”

After retiring from the service in 2015 Blount became a federal contractor. He’s 65 today and plans to work until he’s 70. Since his military pension isn’t large, he will rely on his stock portfolio to augment his retirement income, along with some prior savings he put away in the federal government’s Thrift Savings Plan.

He knows he’s lucky to have entered the stock market when it was “going sideways” coming out of the Great Recession. And he’s grateful his portfolio has done well. “It certainly takes the pressure off,” he said.

Trying to stick to a diet that is so rigid you can never eat what you really love is a waste of time because you’re going to blow it. The same is true of a hyper-strict budget.

Three years ago, when she was 22, Sarah Williams had her first job out of college. But she made so little that she bartended at night for extra cash. Even then, she couldn’t make ends meet between her living expenses, credit card debt and student loan debt.

Based on her general idea of what she had coming in every month, Williams would try budgeting but usually fell short because she didn’t have a realistic sense of her spending.

A work colleague then gave her some advice.

“She used to tell me, ‘Budget realistically and make sure to include the things you like to do for fun or to treat yourself. Then the budget doesn’t feel restrictive, it feels productive,’” Williams said. “It has made a huge impact on my life.”

She used to tell me, ‘Budget realistically, [including] things you do for fun. Then the budget doesn’t feel restrictive, it feels productive.’”

For her, that meant acknowledging that she is regularly going to “blow a lot on Amazon.”

So she set a dollar limit on Amazon purchases, and earmarked money for the occasional weekend trips she takes with her boyfriend, as well as a $50 monthly gym membership.

She also set up a schedule to work down her debt, starting with the smallest credit card balances first. And throughout the pandemic she continued making her student loan payments even though she was allowed to defer them.

Today, at 25, Williams is working as an IT director at a financial advisory firm, getting a graduate degree and said she has whittled her $7,000 in credit card debt down to less than $1,000.

Now in his 50s, Gary Anderson is so thankful his father nagged him to start saving for retirement in his salad days.

Gary Anderson credits his dad with teaching him the importance of saving for retirement early on.

“He started nagging me from the moment I got my first job out of college,” Anderson said. “I wasn’t great with money in my early 20s, and I can’t say that I immediately took his advice. But I did hear it, and as I got a little more comfortable financially [in my late 20s], I started upping my 401(k) contributions with every pay raise until I was maxed out.”

He then encouraged his future wife to do the same. Now in their early 50s and hoping to retire sooner rather than later, they’re glad they did, Anderson said.

When he flew to visit his father soon after his dad had been diagnosed with Alzheimer’s, his father assumed Anderson’s mother had paid for the trip.

“It pained me to realize that my dad didn’t understand that thanks in part to his advice, I had long since achieved a level of financial comfort that I could afford to come see him on my own,” Anderson said.

Thanks to a key piece of advice from his own dad, Wayne Nelson said he and his wife, Susie, have never had one argument over money in 50 years of marriage.

Wayne Nelson’s father, a Swedish immigrant who worked as an electrician at steel mills, shared many financial tips with his three kids. For instance, Nelson said, the first check you write is to give to others every month, then to yourself in the form of savings and investments. “At dinner, we talked about how the ‘Nelson stocks’ did today,” he said.

Next on the list: Never have more than one mortgage and car payment at a time and carry no other debt.

But Nelson, a former teacher who is now a real estate broker at age 78, speaks most fondly of the next item on his dad’s list: Before you get married, make an agreement with your spouse-to-be that you will never spend money behind each other’s backs.

“Spending behind your spouse’s back is to defy the marriage contract and will land you in divorce court,” Nelson said.

In his own marriage – now going on 50 years – Nelson said he and his wife, Susie, who was also a teacher, have never bought anything without first checking with the other – whether it was a shirt from Macy’s or a toy for their daughter.

They took it one step further: “We both agreed if there’s a major financial purchase and one says no … the other can’t hold bad feelings.”

Nelson said they have had arguments over the years, especially when he was struggling with PTSD after Vietnam. “But we have never had one money argument. Not one.”

Elliot Pepper, with his wife, Shira, said her parents have shown by their example how to use money well to benefit family and not just indulge in creature comforts.

People make a lot of jokes about how annoying or difficult in-laws can be.

But Elliot Pepper can’t say enough good things about his in-laws, whom he credits with convincing him to go to college and then offering him encouragement as he explored different professional opportunities.

“They had a profound impact on my life,” Pepper said. “Without them I would have been a hot mess.”

Now a financial planner who also teaches a high school course in financial literacy, Pepper acknowledges that his in-laws almost certainly had an alternative motive for encouraging him to find his way in life, what with his marrying their daughter, Shira, when he was just 21.

But to him, the most important financial wisdom they ever imparted had less to do with how to make money than it did with how to use it well.

“They always made sure their children could get the education they wanted,” Pepper said.

His in-laws would pay for far-flung relatives to travel to family gatherings. And most impressive was how well they supported their own aging parents.

Said Pepper: “The money [my in-laws] had was not just for them to be comfortable.”